PODS arranged for some of the children in our choir to go carol singing at Morrisons in Illingworth.  The children sang beautifully and raised a grand total of £125.99. 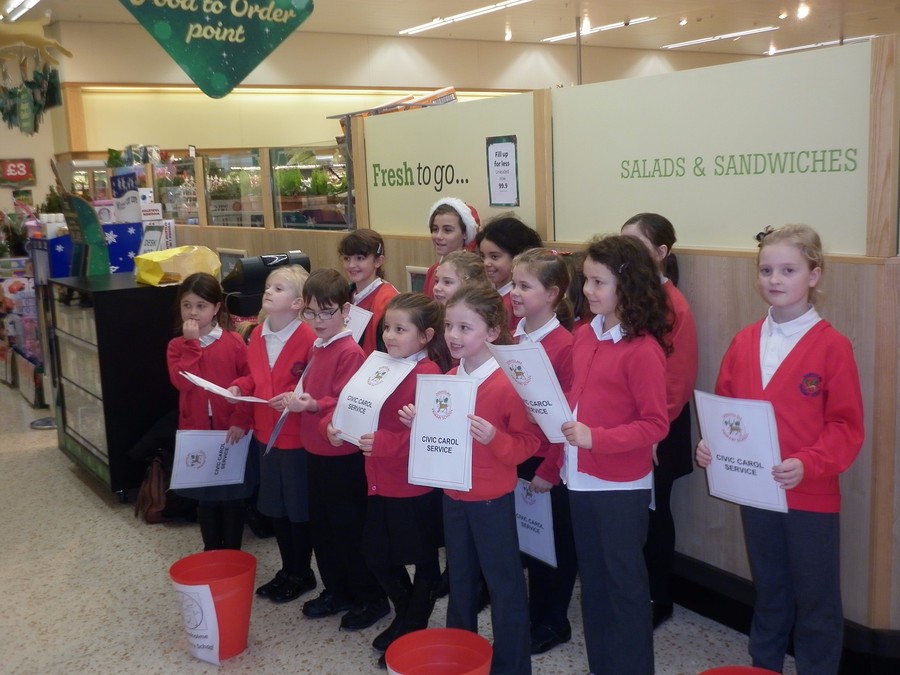 On Friday, 25th September the Parents of Denholme School (P.O.D.S.) held a Coffee Morning, in aid of Macmillan Cancer Support.  This was in the playground at the beginning of the school day.  Coffee, juice and buns were on sale from before the doors opened through until after the Star of the Week assembly.

There was also a raffle and children in school were charged 50p to wear non-uniform.

Thank you to everyone who organised and supported this event.

Organised by All Together at Denholme.  Please click here for further information about stalls and items we would like donated.

To support Cystic Fibrosis Awareness Week, the whole school took part in a sponsored Fun Run around Denholme Park.  This was organised by All Together at Denholme.  All money raised (over £2,000) went the The Cystic Fibrosis Trust.  To read about the charity and the fantastic work they do please visit their website www.cysticfibrosis.org.uk.

To commemorate the anniversary of the Bradford City Fire, staff and children wore claret and amber. The children also had the opportunity to take part in a penalty shoot-out against Mr Campbell.

We raised the fantastic figure of £346.36, which will go to the BCFC Burns Unit Appeal.

Thank you to everyone who donated.

On Monday and Tuesday 11th and 12th May Mr Berry and eight children from Year 5 were invited to Morrison's  Westgate Store, in  Bradford city centre to help them raise money for the BCFC Burns Unit Appeal. Over the two days the children helped a large number of customers pack their shopping bags. We are pleased to report that as a result we were able to raise £595.79.

This a great total and we are very proud of the children who took part. 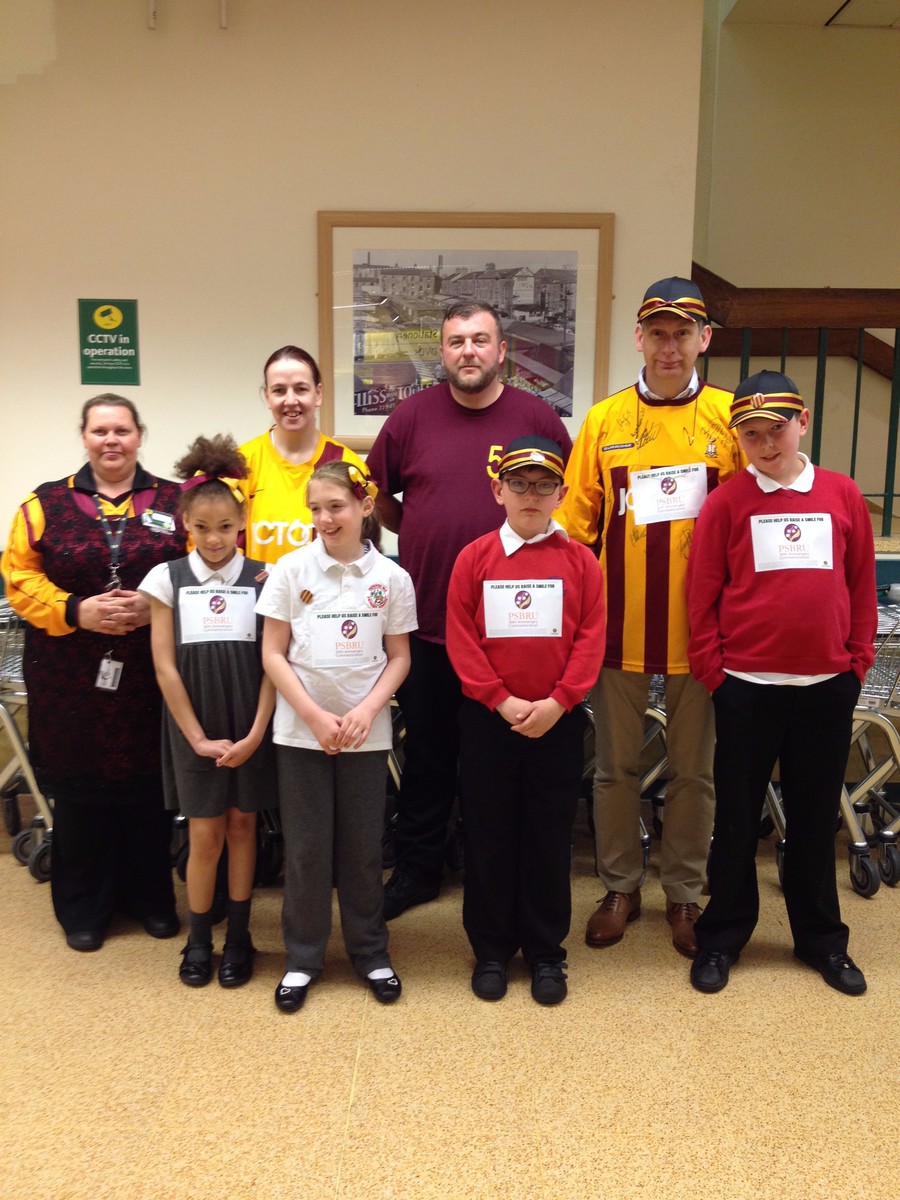 Thank you to everyone who donated and/or bought cakes and buns.  We raised a massive £240 which has been donated to The National Autistic Society.  This donation will help them provide vital support and services for people with autism and their families.

Please click on www.autism.org.uk/yoursupport to see the difference our donation can make.